Go here to see all of Rocksteady's games

Arkham Origins starts in early Gotham with Bruce Wayne after his training from the league of Assassins. Black Mask puts a bounty on your head and 8 assassins are after you, you find this out after you defeat Killer Croc at Black Gate Prison. You then go on to find Cobblepot because he is the only one who knows where the drone you found at the Prison. You first go to a arms dealing with Penguins men to find out where Cobblepot is. You find out that he is on The Final Offer (a ship). You then find yourself head to head with the Electrocutioner, you take him out in one hit though. You go after Tracy(Penguins assistant) to find out how to get to Cobblepot. While finding Cobblepot he mentions a murder a lacy towers but then you get attacked by Deathstroke. You then have to fight to survive. Once Deathstroke is defeated you go and investigate the murder.

Come here to buy this game

You find out that the suspect is Cobblepot but it isn’t Black Mask who was killed it was a fake. Black Mask snuck in the back and tried to kill whoever killed the decoy. Then you find out the name of the shadow you've been chasing, the Joker. Then you head to Sionis Steel Mill to find Black Mask. Once inside you encounter some weird shadows. You then find Sionis (Black Mask) he is tied up and you release him and make him talk, but the weird shadow turns out to be Copperhead. Copperhead poisons you and you contact Alfred to send the cure. But for the time being Sionis escapes and you are left to face Copperhead, poisoned. After fighting Copperhead for awhile you get the cure and easily take her out and she tells you about all the assassins meeting in one place. But first you follow the “Joker” to Gotham Bank. There is unveiled the face of Joker and you find out that Joker has taken over Sionis operation and he set the bounty on your head.

Once you leave you go to find the meeting place of the assassins. Since you didn’t apprehend Electrocutioner you follow his gloves signal. You find out that the assassins are meeting in the Gotham Royal Hotel. Once deep enough in the hotel you get a cutscene with all the assassins and the Joker pushes the Electrocutioner (you also find out Bane is waiting for you at the Penthouse) out the window and he happens to crash right in front of you so you take his gloves so you can make a lift go up to get closer and closer to the Joker. After playing Joker’s twisted games you finally get to the Penthouse and Bane is your next boss. Bane uses his venom every once and awhile but when he does you have to dodge his devastating attacks. But once you fend Bane off until the Police officers show up Bane gets his men to shoot down the helicopters and Bane then send a rocket towards Joker so when Joker falls you run off the building and you catch him and of course he sends a feeble punch and you block it.

Joker then goes to jail….. You then follow the tracker on Bane and you find out he knows who you are, so you head to Alfred. At least until Firefly shows up on the bridge, you then take care of Firefly by taking out his four bombs. After you defuse three Firefly finds you and Firefly and you fight.

As Gordon's team is defusing the last bomb. You distract Firefly long enough and he realizes there are no bombs. Then you take him out and head for the Batcave as you find out Bane trashed the Batcave… and Alfred. Then you save Alfred and go to Blackgate to stop the riot Joker started. Once there you start getting your way to joker and then you find out bane is there as well. Joker put a heartbeat monitor on Bane that is connected to an electric chair that is slowly charging it to shock whos in the seat, Joker. You use the electrocutioner’s gloves to put Bane in cardiac rest and so Joker goes to the chapel. Then you revive Bane but he use the TN-1 on himself and you only have minutes to defeat him before he can kill you and one hit. So after you defeat Bane you go to face Joker. Joker then realized you didn’t kill Bane and he wants to kill you. But of course you defeat him and send him back to Blackgate. You then get a short talk with Gordon and y’all start to see each other as allies not enemies. 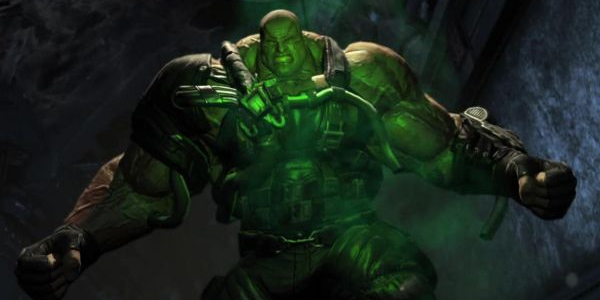 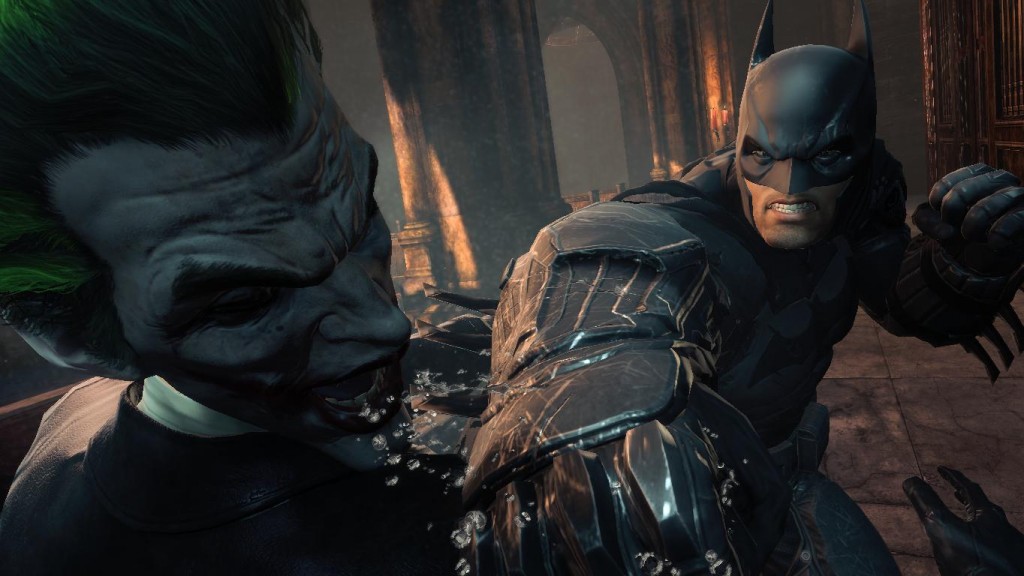 Thats where this story ends for Batman Arkham Origins.