Look down below for lore, characters, gameplay, etc.
What is Brawl Stars?

The video game Brawl Stars is a mobile 3rd Person Shooter game that was developed by a Finnish company named Supercell. Supercell also created games such as Boom Beach, Hay Day, and most well known, the Clash series.

Brawl Stars has an assortment of unique characters. These are characters that you use during battle to defeat other enemies and have a fun time!
Here is a video of all current Brawlers

As you know, Brawl Stars is a mobile fighting game that is fairly popular and fun. The fun looks however, have dark lore. In the community of Starr Park there are fun rides and dancers that aren't what they seem. Everyone has a man on tape that they listen to that tells them what to do such as eating, drinking, sleeping, and etc. This is because they are put into a trance-like state where it's as if they are empty headed. They have to control, or be, a game character that technically is them. Though that in itself is weird, those characters are being controlled by a giant with a glowing rectangle. That's you with your phone! As if they are being trained, they go through these simulations everyday and it hasn't stopped yet…

Brawls Star's Brawlers are divided into 7 categories with the first one being trophy road rewards. You get these brawlers from playing a lot and gaining trophy from winning to get them on trophy road. These brawlers include Shelly, Nita, Colt, Bull, Jessie, Brock, Dynamike, Tick, 8-Bit, Emz, and Stu 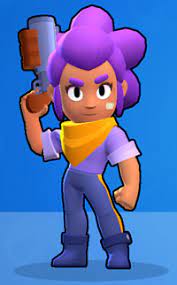 Shelly is the first brawler you get in the game. She has a mid-range attack with good spread that deals loads of damage up close. Her super can break walls, hit many people and deal loads of damage. She has two gadgets. One gadget, Clay Pidgeons, makes her main attack shoot in a smaller area but farther distance, and her other gadget, fast forward makes her dash ahead. Shelly has two star powers too, Band-Aid is a charge up that takes 20 seconds that heals her when she gets under 40% hp. Her other star power, Shell Shock, makes enemies slowed down for 3s when hit by her super. 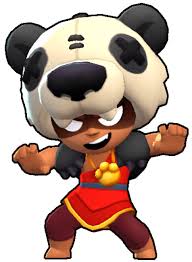 Nita is the 2nd trophy road brawler you get in the game. She shoots a big blast straight ahead with mid-range that can hit multiple enemies. Her super spawns a bear named Bruce