This Site provides information, stories, and news about the Champions League, which is a European soccer league that contains the best teams around the continent.


Read on to find information,stories,news,links,and pictures about the Champions League


Round of 16 Draws: Mönchengladbach vs. Man. City : Lazio vs. Bayern : Atlético vs. Chelsea : Leipzig vs. Liverpool : Porto vs. Juventus : Barcelona vs. Paris : Sevilla vs. Dortmund : Atalanta vs. Real Madrid

Champions League Icon: Didier Drogba
Didier Drogba was recently awarded with the UEFA President's Award. The UEFA President's Award is an award that recognizes a player’s achievements and personal devotion to the community. Didier is a perfect example for this award. His list of Champions League accomplishments nearly surpasses all other talents. He has also devoted himself to his home community, the Ivory Coast.
Champions League Significance and 2011/12 Season
Didier Drogba was a Champions League superstar. He leads all African players in Champions League goals with 44 all-time. Drogba has won the League once, in the 2011/12 season. Drogba led The Blues of Chelsea to their one and only Champions League Victory. The 2011/12 Champions League was a magical run for the Blues. In the group stage, the Blues were placed in Group E where Drogba and the team would face up against Bayern Leverkusen, Valencia, and Genk. In the team’s first match the Blues matched up against Bayern Leverkusen. The Blues won but Drogba didn’t play. It wouldn’t be until Matchday 5 when Drogba would return against Bayern Leverkusen. Drogba would score in the 48th minute but Chelsea would lose after 2 goals from Leverkusen. On Matchday 6 against Valencia Drogba would score two guiding Chelsea to a 3-0 win over Valencia. Drogba and Chelsea would escape their group with 11 points to play Napoli in the 1st leg of the round of 16.In the 1st leg Napoli would drive Chelsea into the floor with a 3-1 victory and no goals from Drogba. In the second leg against Napoli Chelsea was up 3-1 and would need a fourth goal to prevail to the Quarter Final. In the 105th minute Drogba’s teammate Ivanovic would score a stunning goal and Chelsea’s magical run would stay alive.In the second leg Drogba and the Blues would face the Portuguese club Benfica. Chelsea would prevail in a 1-0 victory over the Portuguese club. In the second leg Chelsea would win 2-1 resulting in an easy victory for Chelsea and Drogba.In the Quarter Finals Drogba was faced with Soccer giants Barcelona who have legends such as Carlos Puyol, Andres Iniesta, and all time great Lionel Messi. In the first leg Drogba would score a crucial goal to put them 1-0 up in the aggregate. In the second leg Barcelona would go up 2-0 making the aggregate 2-1 in favor of Barcelona. They had gone from such a high point to a low point. Right before half time The Blues’s Ramires would score tying up the aggregate. Drogba would soon be taken off but the Blues would give up without him. In extra time, Drogba’s fellow striker Fernando Torres would score taking the Blues to the Champions League Final. In the Final Drogba and Chelsea would face Bayern Munich, a team of Legends such as Manuel Neuer, Franck Ribery, and The man who almost ended their run, Thomas Muller, related to Gerd Muller a legend who took over the world cup with West Germany. At the start of the game both teams held strong, and at the end of the half Chelsea and Bayern were both scoreless. But with roughly seven minutes left a cross came in for Muller and he would head it home. Chelsea was in a bad situation, hope was lost, but with two minutes left, when they needed him most, Drogba was Drogba.In the 88th minute Juan Mata whipped in a corner and Drogba scored one of the most historic goals the world had ever seen. The game would go to penalties. Lahm scored for Bayern and Mata’s penalty was saved. Petr Cech would then save Olic’s shot, and Schweinsteiger would miss off the post, now it was Drogba’s turn. Drogba chose a side and chose wisely. With that penalty Chelsea would win the Champions League as Drogba’s last gift to his club. 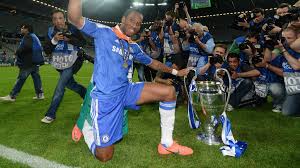 Cristiano Ronaldo:The Bicycle
Cristiano Ronaldo is an incredible player and athlete. When you look into the numbers you can see just how incredible of an athlete he is. Back when Ronaldo played for Real Madrid he scored an incredible bicycle kick against Juventus. At the height of the bicycle kick Ronaldo’s foot was roughly seven and a half feet in the air. For comparison, the average soccer player is 5’11 and the tallest NBA player was 7’7. The average height for door frames is 6 feet and 8 inches. Now go look at a door frame in your house, if you imagine that you had no roof or walls, Ronaldo would have effortlessly cleared your doorframe (unless you have incredibly large door frames). Ronaldo’s jumping ability is unhuman, and if you don’t believe me go and see how high you can jump. Then see how high you can get while turning in the air. And if you still don’t think he’s incredible go try jumping seven feet in the air while turning, while hitting a soccer ball at a perfect angle to score on the most experienced goalie in the world, and also, with the pressure of your peers and half the planet. Now you can’t tell me I’m wrong.

The 55/56 Season
The Champions League started in 1956 and consisted of only 16 teams. The teams were Sporting CP, Servette, Saarbrucken, PSV, Gwardia, Essen, Anderlecht, AGF, Rapid Wien, Partizan, MTK, Djurgarden, Milan, Hibernian, Reims, and Real Madrid. Real Madrid won the final 4-3 against Reims with goals from Marquitos, Rial, and Di Stefano. Real would go on to win the next 4 Champions League Finals.

Real:Champions League Giants
Real Madrid have won 13 Champions League Trophies. They won the very first Champions League in 1955. After that they would proceed to win the next four titles before their historic streak was ended by SL Benfica. Their sixth title would come in 1965 against Partizan. It would be thirty-two years before they would win number seven in 1997 with Clarence Seedorf and Roberto Carlos. Real would win again in 2000. Now the Galactico Period would begin. They won number nine in 2002 with Galacticos like Iker Casillas, Roberto Carlos, Luis Figo, and Zinedine Zidane. Title ten would be a struggle to get and it wouldn’t be until the arrival of Cristiano Ronaldo when they would get number ten. In 2016 through 2018 Real would win three in a row. 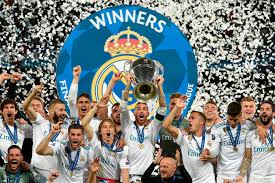 Barcelona:Best Comeback Ever
In the 2016/17 season Barcelona lost 4-0 to PSG in the round of 16. Things looked hopeless for them but this would turn into the best comeback ever. In the third minute of the 2nd leg Luis Suarez headed a ball just over the line. Aggregate 4-1. In the 40th minute PSG defender Kurzawa would score an own goal. Aggregate 4-2.That would conclude the half and now Barca had 45 minutes to score three goals. 5 minutes after halftime Neymar would get fouled in the box and Messi would score a penalty into the left of the net. Aggregate 4-3. Then the unthinkable happened. PSG striker Edinson Cavani would score an incredible shot only 10 minutes after Messi’s penalty. Aggregate 5-3. Surely this game was out of reach now, Right? Wrong. With two minutes to go Neymar curled in a beautiful free kick. Aggregate 5-4.Then it was stoppage time, Barca had a timer of five minutes to score. With four minutes left Suarez would get fouled in the box and Neymar would chip the keeper at the spot. Aggregate 5-5. In the last minute of the game Neymar would chip a ball through and Sergi Roberto would tap it in. Aggregate 5-6. Barca had done the unthinkable, they had come back from a four to zero deficit.