The word ‘cosmetic’ has a Greek origin. It was derived from the word ‘kosmos’ that means to adorn or arrange. The popular magazine Cosmopolitan also has this root.


Cosmetics were an integral part of health and hygiene in ancient Egypt. Ancient Egyptians used pills and creams to protect their skin against the dry wind and the sun. Natural oils were basic ingredients for perfumes that were also used in religious rituals.

Cosmetic surgery is a booming business worth $20 billion and it continues to grow. In the USA, the number of plastic surgeries has increased more than 220% since 1997.

Each year, Americans spend more money on beauty than on education! 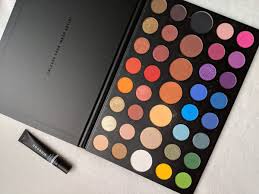 The global beauty industry is showing growth at up to 7% a year which is more than twice the GDP rate in the developed world.

The first lipstick appeared in ancient Mesopotamia approximately 4,000 years ago when women decorated their lips with the dust that was made of precious gems.

The first patented nail polish appeared in 1919 and it was a faint pink color.

Modern synthetic hair dye was invented in 1907 by the founder of L’Oreal Eugène Schueller.

About 1,300 toxic ingredients are banned to be used in beauty products. In the USA, this number is only 11.

In the Roman era, even men painted their lips with lipstick to indicate their social rank.

A study conducted in 1991 revealed that women politicians who hired Hollywood makeup artists were more likely to win their election campaigns for 30%.

The first roll-on deodorant was invented in 1952.

The first hairspray for the mass market was launched by L’Oreal in 1960.

The Aztecs would use dried cochineal beetles to dye their eyes and lips red.

Nail polish is considered to be invented in China about 3000 B.C. It was made of egg whites, beeswax, colored powder, and gum Arabic. 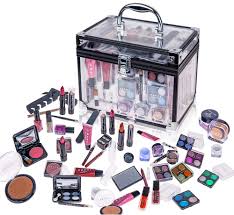 In ancient Greece, women lightened their hair with plant extracts or arsenic.

The first modern deodorant that contained aluminum chlorohydrate was invented in 1889 in Philadelphia.

Whale vomit and whale poo are ingredients of fancy perfumes because it ensures that other fragrances last longer. Its price is $200 per gram.

Some spas offer “geisha” facial for $150. It consists of moistened nightingale excrement which is applied to face and allowed to dry on it.

During the Elizabethan era, coal tar was used as mascara, eyebrow pencil, and eyeliner. It was flammable, has a bad smell, and caused blindness.

In 18th-century Spain, young women ate clay that led to chlorosis or anemia to get a porcelain complexion.

In the Middle Ages, women swallowed arsenic to improve their complexion.

During the 19th century, respectable women and men didn’t wear makeup or perfume. The exceptions were invisible skin cream and faint flower scents.

Makeup used to be forced to wear because of religion

Makeup brings art and creativity into the world

Makeup has been around for about 7,000 years.