Skiing has been around for thousands of years and many do not no much about it.

Skiing was originally a form of transportation to get from down the mountain fast. Thousands of years ago hunters and gatherers used skis as a transportation source.

Rock paintings from thousands of years ago show ancient people skiing and archaeologists have found bits of skis in Russia that date back 7000 years ago.

Even though Skiing has been around for thousands of years it did not become a sport until the 1800's and the Olmpics didnt incorparate it until 1936. They only had to downhill and slalom. Now the Olmpics has many more ski sports. 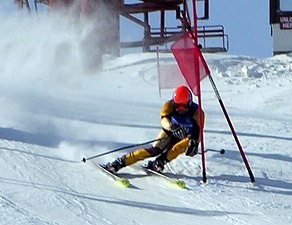 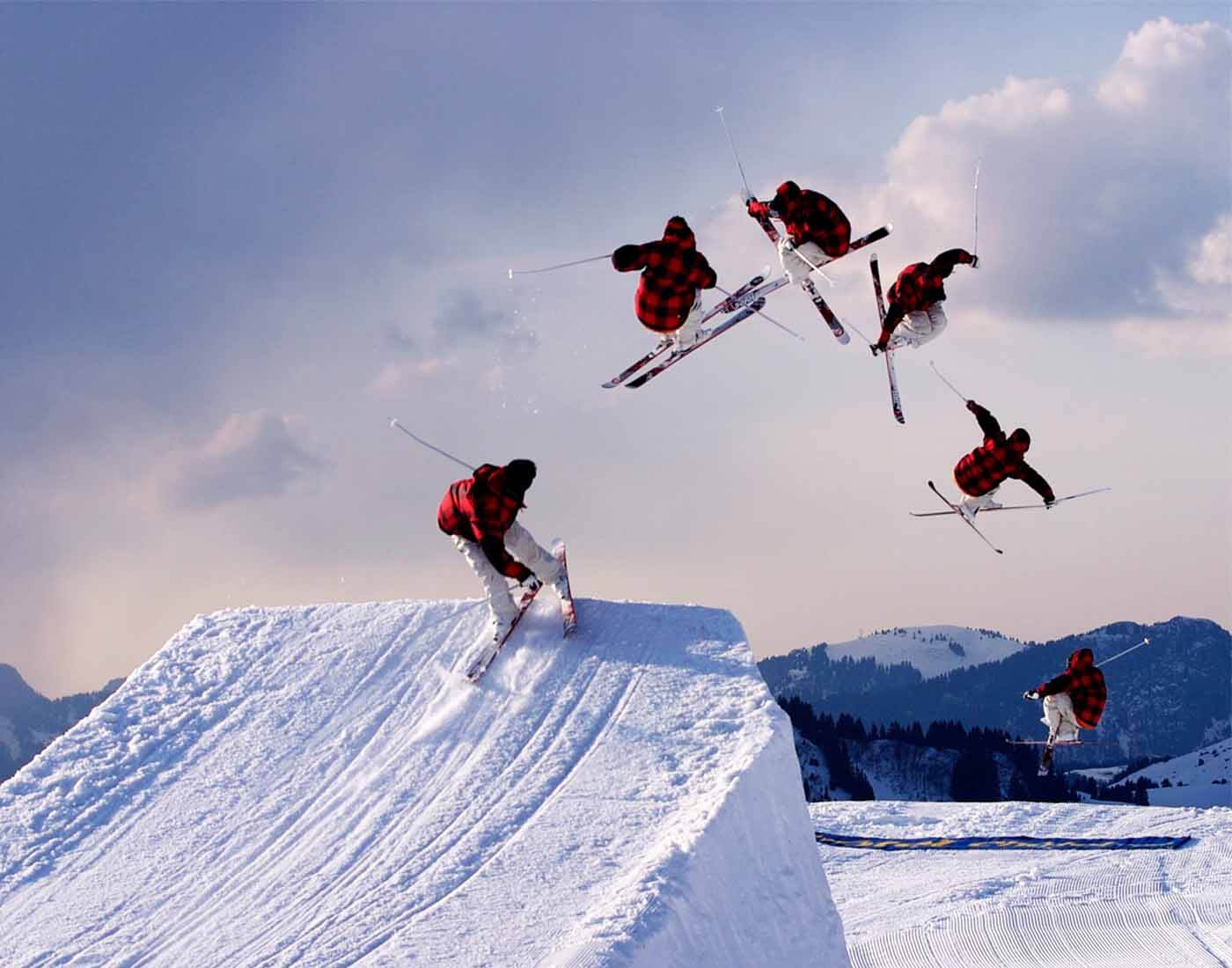 Freestyle skiing is a skiing discipline comprising aerials, moguls, cross, half-pipe, slopestyle and big air as part of the Winter Olympics. It can consist of a skier performing aerial flips and spins, and can include skiers sliding rails and boxes on their skis. It is also commonly referred to as freeskiing, jibbing, as well as many other names around the world. 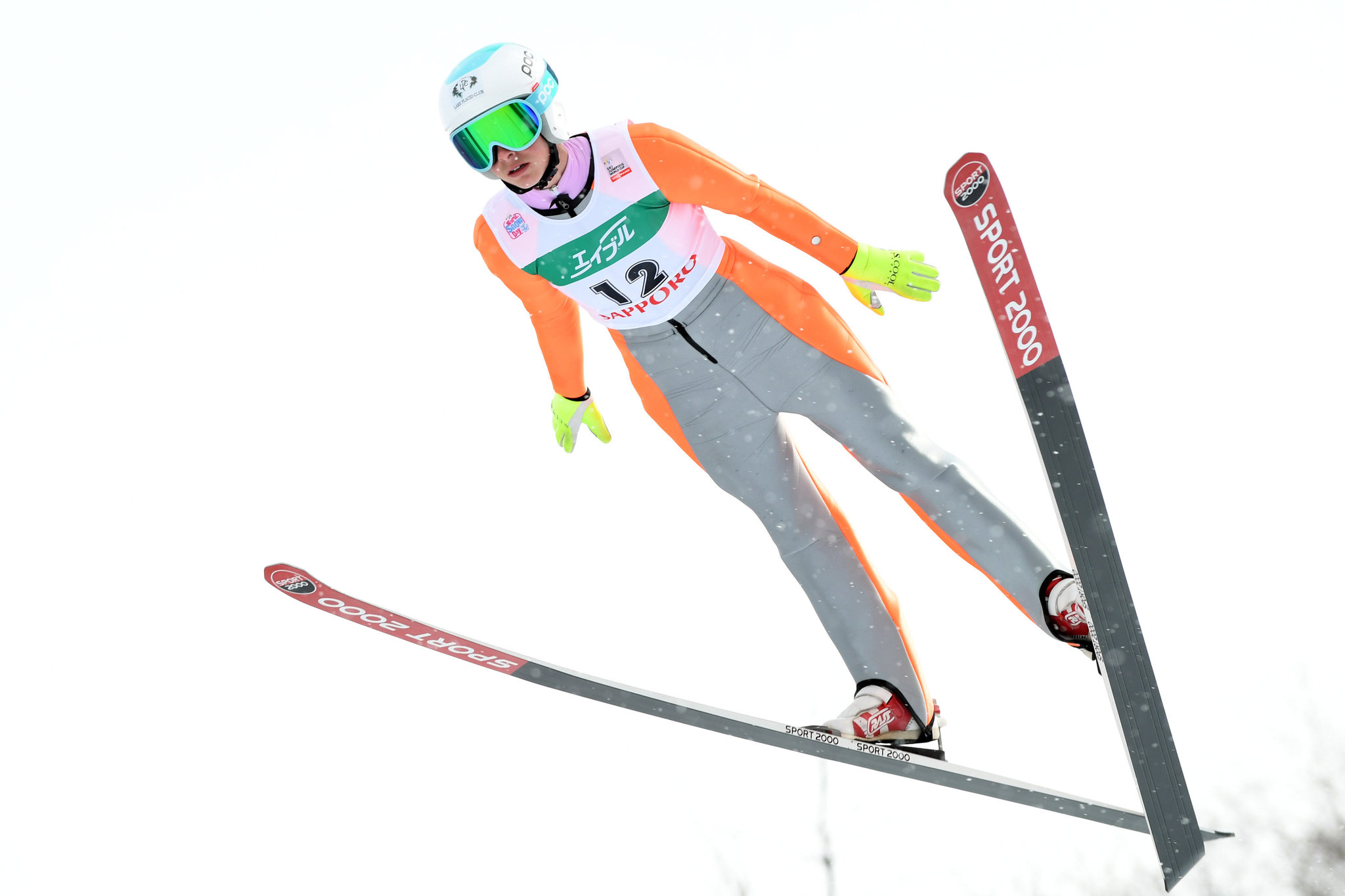 The V-style, sometimes called the Graf–Boklöv technique, remains the sport's most recent significant technique change, with the ski tips spread outwards in a highly aerodynamic "V" shape. It became the predominant jumping technique following the Däscher/parallel style, which was last used in the early 1990s.

The originator of the V-style was Mirosław Graf, a Polish ski jumper from Szklarska Poręba. Graf discovered the technique as a child in 1969, but it was not taken seriously by his contemporaries. He was nonetheless aware that the V-style was highly effective, as his jumps became considerably longer.

In the early 1980s, Steve Collins used a modified variation of the V-style, or "delta style", with the ski tips held together in front instead of at the rear. Collins was the youngest winner of a World Cup event at the age of fifteen, but his technique never caught on. During this era, any technique aside from the parallel style was considered inappropriate by FIS judges. Although it enabled much longer jumps – up to ten per cent more than the parallel style – judges made it an issue to award poor marks to those who used it.

The V-style only became recognised as valid by judges in the early 1990s, following wins and high rankings by Jan Boklöv and Jiří Malec, who insisted on using the technique despite receiving low style points. By the mid-1990s it had become the predominant style of jumping used by all athletes, and was therefore no longer penalised as it had proven to be both safer and more efficient than the parallel style. 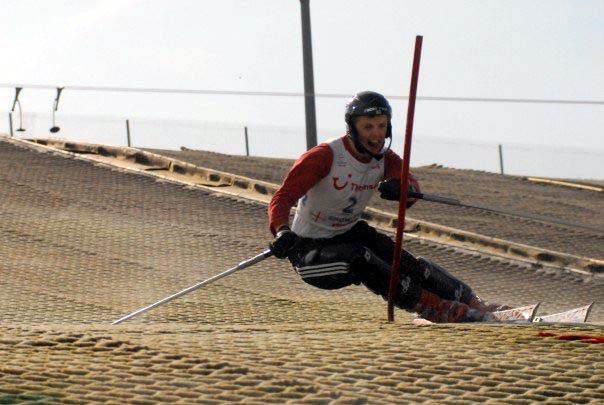 A dry ski slope or artificial ski slope is a ski slope that mimics the attributes of snow using materials that are stable at room temperature, to enable people to ski, snowboard or snow tube in places where natural, snow-covered slopes are inconvenient or unavailable. Although commonly known as "dry ski slopes", many slopes are lubricated using a mist or jet system to increase speed and prevent damage to equipment from friction heat build-up. As a general rule, they are found predominantly in the United Kingdom and the Netherlands[citation needed] as other European countries tend to have ready access to real snow fields, as does North America in the winter. 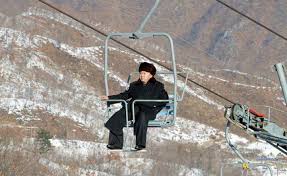 Many people might not know that the barren wasteland of North Korea would have a ski voluminous ski resort ,but they have a "luxurious" resort for none of the people that can afford it. 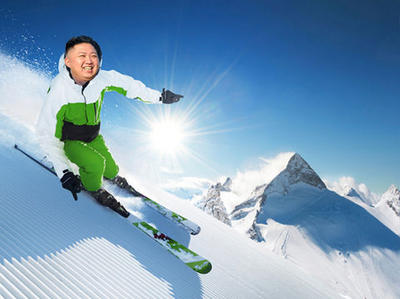 A Time Line of the Types of Ski's Over History